THE VALIDITY OF LENIN'S THOUGHT

Vladimir Ilyich Ulyanov, "Lenin", was born 150 years ago, exactly on April 22, 1870, in the Russian city of Simbirsk. For all the revolutionaries of the world, this date, as symbolic as it is significant, becomes an excellent opportunity to study the thought of this militant communist.

It is something curious, and at the same time absolutely consistent with their class interests: the Western bourgeoisie pompously celebrates the 250th anniversary of Beethoven's birth, but condemns to oblivion that of his contemporary Hegel. The legacy of this dialectical philosopher is dangerous for them in these chaotic times of agonizing capitalism, and even more so the thought of Lenin, on the 150th anniversary of his birth, for obvious reasons. The class struggle is a war, in all areas.

Lenin is a giant of the revolutionary communist practice, since the extension of his work is so enormous that it would be easy for the militant who wants to know in depth his thought to get lost in it. And in order not to get disoriented in the jungle it is better to get a good map.

That is why, during these next months, I will be writing a general analysis of Lenin's thought, in twelve sections, so that both the militants of HERRITAR BATASUNA, as well as those comrades, collaborators and sympathizers of our environment have a guide.

But, in the first place, why and for what reason should we study Lenin at the beginning of this 21st century? Is he not a thinker who has been "overcome"?

For the revolutionary communists, it is clear that the answer is a resounding no, since we understand that we are before a communist militant and leader of absolute validity, an incomparable theoretician that we can place at the same level as Marx. On the contrary, for the bourgeoisie and all the reformist political satellites that orbit around them, the answer, of course, is that he is a totalitarian tyrant already completely "overcome". Both the conscience and its consequent practice that each one has are the fruit of our class position. Nihil novum sub sole (nothing new under the sun). 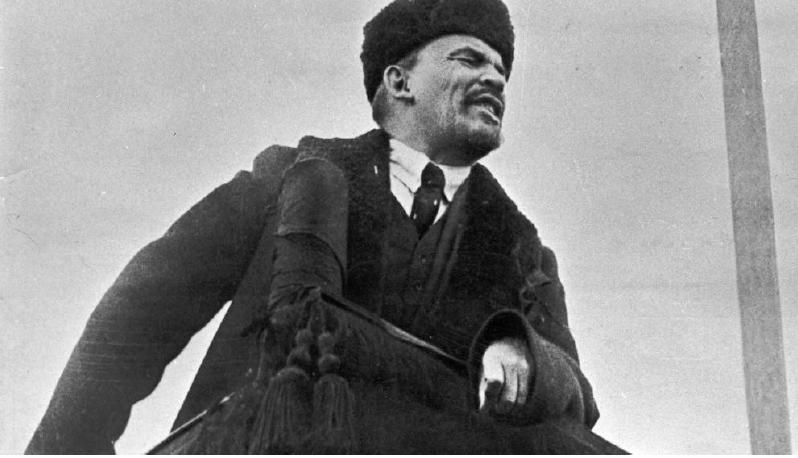 The key to synthesizing Lenin's thought was given to us by the Hungarian communist revolutionary György Lukács in 1924, upon learning of his death: The Actuality of Revolution. That is where the crux of the matter lies!

In these dark and confusing days of the coronavirus pandemic, if anything, it is precisely that: the absolute topicality of the Socialist Revolution. That is why we must study Lenin, strictly and systematically, and with him go beyond!

Because Lenin's work is a vast ocean, we sailors of the Communist Revolution need a compass, if we are not to get lost in it. Here is ours:

We have divided his writings and revolutionary political actions into twelve sections, and in each of them we have chosen a central theme and the corresponding texts. In this way it will be easier for us to analyze his thoughts in detail.

We repeatedly allude to Lenin's thought, and not to Leninism. Whoever wants to know the reason for this intellectual decision will have to read our twelve articles, especially the last one, since it will deal precisely with that question. Behind the mentioned decision there is a reflection and a hypothesis: just as Marx's thought and Marxism have been (in many occasions) two very different questions, the same has happened with Lenin's thought and Leninism. This is something we will try to prove.

The aim of this paper is to provide a general introduction. The titles, themes and main works of the twelve sections are as follows: 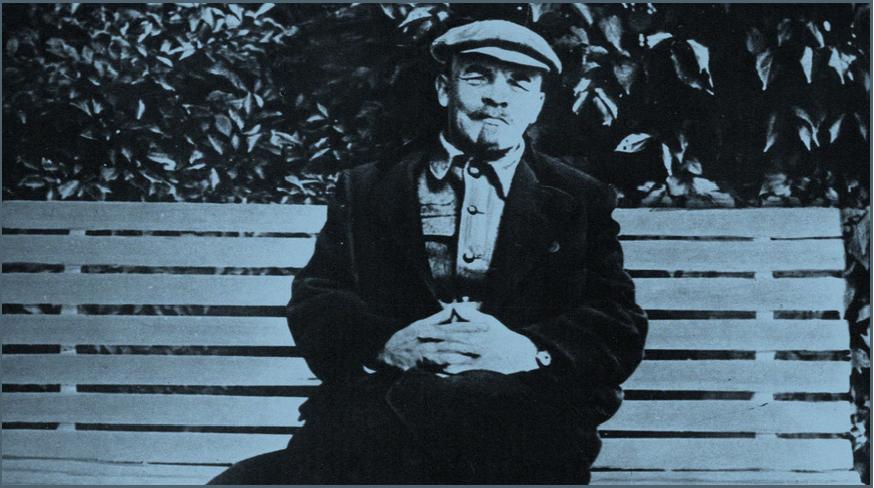 The path of Lenin's militancy began in 1893, through a humble text: "New Economic Developments in Peasant Life". It is in these years when the basis of his exceptional theoretical-practical capacity is established: Lenin studied deeply and in detail Marx's work, especially: DAS KAPITAL. Unfortunately, most of those who claim to be revolutionary militants do not see such a need, and the consequences of this are obvious. Theoretical and intellectual training is fundamental.

During those years, 1886-1892, and after losing his brother in the armed struggle against tsarism, Lenin immersed himself in Marx's Critique of Political Economy, and once he had internalized Marx's method, he applied it constructively to the social economic formation of the Russian Empire.

Therefore, every revolutionary communist who wants to study Lenin seriously should start here and read these six works:

On December 20, 1895, Lenin is arrested and held for a year. After that, he lived in exile in Siberia for three years. In 1900, he served his sentence and went to Western Europe to organize the Party from there.

Lenin dedicated all his life to the construction and organization of the Revolutionary Party, but in this section we will concentrate his writings on this question. In 1900 he founded the magazine: Iskra, and from then on he would devote himself entirely to the organization of the Social Democratic Workers' Party of Russia (SDPR). Although his most outstanding work from this period is: "What to do?" (1902), these others should be read carefully:

However, as it has already been said, Lenin devoted his whole life to forming and organizing the Vanguard of the Revolution. Here are his results: 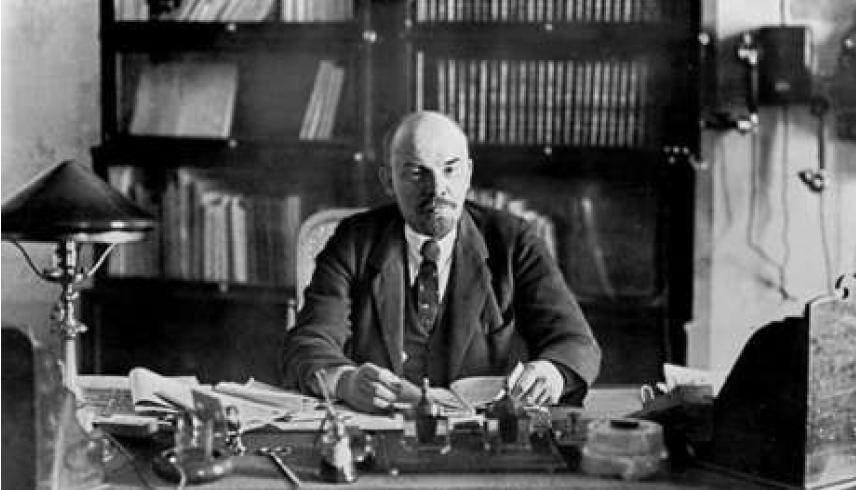 All reformists, liquidationists, revisionists and opportunists will begin to be frightened after reading this title. Lenin and the armed struggle? How? What did Lenin write about the political-armed strategy? That's right. Here you have the list of his main writings on the question, based on the practice of the 1905 and 1917 Revolutions. Erreformista, likidazionista, errebisionista eta oportunista guztiak espantuka hasiko dira izenburu hau irakurtzean. Lenin eta borroka armatua?

In relation to this title, three works should be highlighted. And, above all, what he repeatedly stressed: without studying Hegel in depth it is not possible to understand Marx, let alone DAS KAPITAL.

Throughout his life he wrote innumerable articles on this question, but we will mention only the two most important ones, so that this work will not be too tiresome:

- Imperialism, the Highest Phase of Capitalism. 1916. 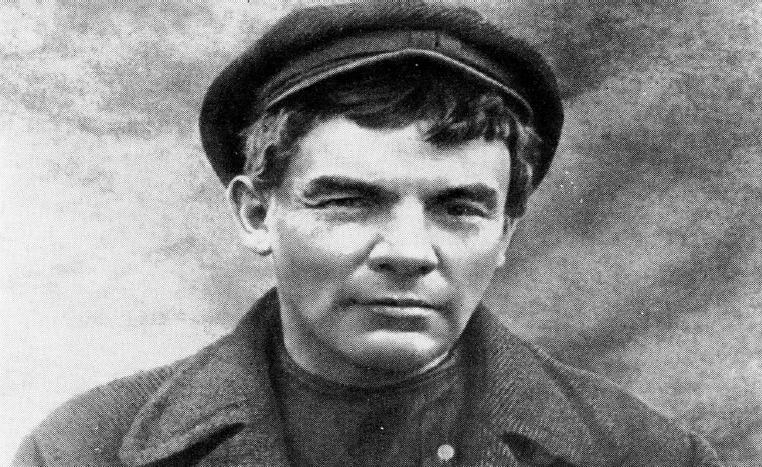 That year, Lenin wrote the work with this title against the reformist traitor Karl Kautski, although the fight against opportunism was the axis of his life, from the beginning, from the times he was deported to Siberia.

In my opinion, this is the most controversial and complex part of Lenin for all revolutionary communists, because of the perverse use that reformists, opportunists and electioneers have made of his writings. It needs to be studied in depth.

Here it is necessary to emphasize the characterization of the Russian Revolution, the alliance between the workers and the peasantry, the discussion about the so-called CEC. This is a very extensive part of which we shall only quote a few works so as not to go into too much detail:

The last years of Lenin's life were marked by serious illnesses. But even in the most difficult situations, he never ceased his intellectual activity. It is precisely his last writings that constitute the summit of all his work, and in them his search for new paths is notorious, being fully aware of the challenges and dangers faced by the Soviet Revolution. Unfortunately, he died on January 21, 1924, when he was 53 years old, and he had not yet given his best.

Here, in my opinion, are the most important of his last writings:

In the next months we will publish the first part: Lenin and the Criticism to Political Economy. 1893-1899. In the meantime, we encourage you to take advantage of these days of confinement to start reading Lenin, or to go deeper into him.

THE EUSKAL HERRIA OF THE WORKERS

THE FREEDOM OF WORKING WOMEN:

Internationalist Manifesto against the NATO Summit

Print Internationalist Manifesto against the NATO ...

THE COLLAPSE OF CAPITALISM: REVOLUTION IS THE ONLY WAY!

Printed THE COLLAPSE OF CAPITALISM: REVOLUTION IS THE ONLY ...

THE LAUGHTER OF A BOLIVARIAN CANNOT BE EASILY EXTINGUISHED (Nestor Kohan)

Printed ABOUT THE REVOLUTIONARY THEORY AND THE SOCIALIST-COMMUNIST PROJECT IN THE 21ST ...